The Church of Jesus Christ of Latter-day Saints, Salvation Army team up to feed the hungry 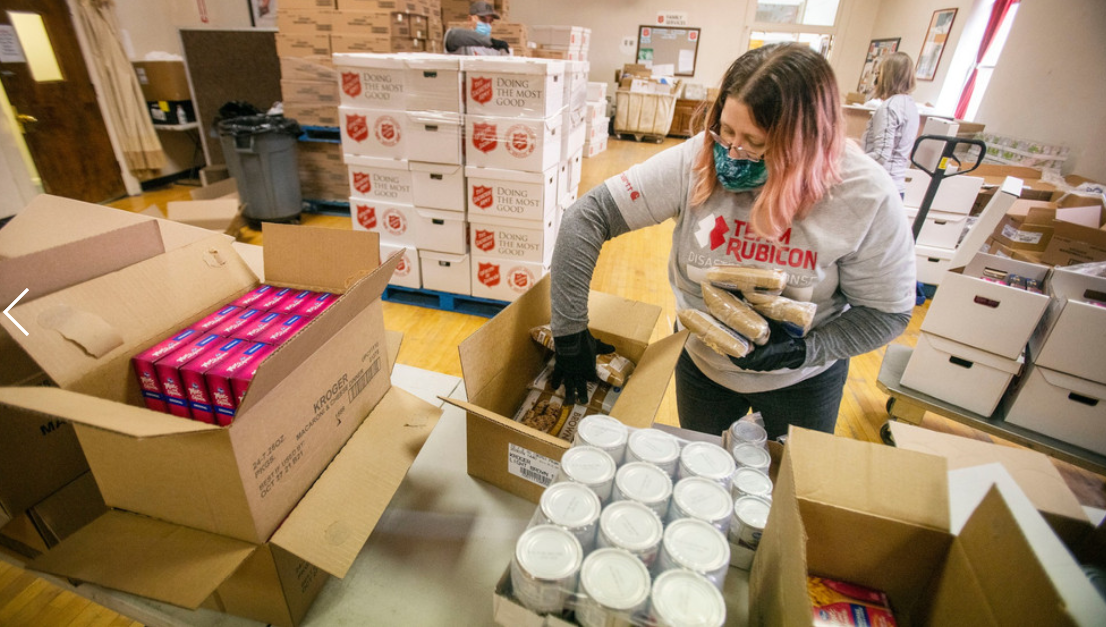 SALT LAKE CITY (KUTV) — The Church of Jesus Christ of Latter-day Saints has given $1 million to the Salvation Army to support food distribution in more than 150 locations throughout the United States.

Col. Kenneth Johnson, national chief secretary of the Salvation Army in the United States, said in a prepared statement:

We know what James says [in the New Testament], that a religion that is accepted is characterized by taking care of the widows and orphans, those who are hungry, those who are suffering in this world. And what the Latter-day Saints do to come alongside the Salvation Army and impact in a positive way those lives that are suffering—we cannot say thank you enough.

Johnson’s comments came during a video call Wednesday with Church Presiding Bishop Gérald Caussé, Church Managing Director of Welfare and Self-Reliance Services Blaine Maxfield and other leaders of the Salvation Army in the United States.

The pandemic has created an increased demand on the Salvation Army’s food kitchens and an anticipated decrease in donations for its annual Christmas campaign. The monetary donation from the Church is the second of its kind this year. In April 2020, the Church donated cash and commodities to the Salvation Army to also provide pandemic relief, a press release stated.

According to the Church, it has has partnered with the Salvation Army since 1988. Over those 32 years, the Church has made some 350 cash or commodity donations to various Salvation Army locations nationwide.

Many of the donations have included food from the Church’s bishops’ central storehouses and vouchers for clothing and household items from the Church’s Deseret Industries stores. Outside the United States, the Church has contributed to more than 100 Salvation Army projects in 30 countries since 1994, according to a release.