SALVATION ARMY SUMMER CAMP IS BACK ON ACROSS THE WEST 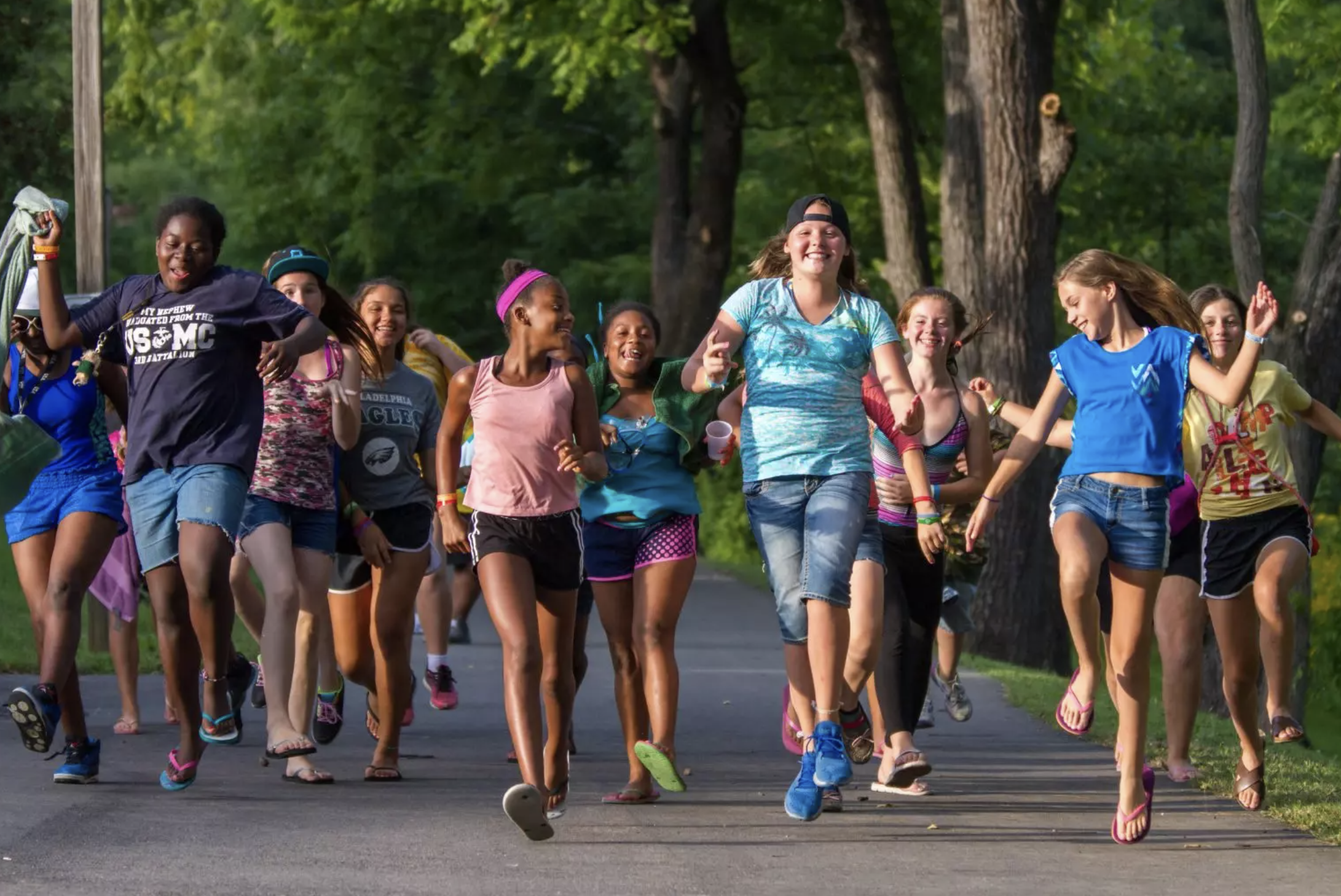 Marty Brown received just the email he needed in early 2021.

As the California South Divisional Camp Director, 2020 was a tough year.

“It was the first summer since 1939 that we didn’t have campers at camp—and to have camp sit empty? It was just so sad,” he said about The Salvation Army’s camp locations in Calabasas and Big Bear, California.

The email sender had attended Camp Gilmore in the late 1970s and after watching a show that reminded her of camp, she’d searched to see whether or not it still existed. The Salvation Army had visited her Los Angeles school and talked about camp when she was 10; she begged her aunt to let her go and attended camp the next three summers.

“I met the Lord there. I learned to swim there…I felt welcomed and at home,” she wrote. “I gained a lot of confidence and stopped fearing being around folks who didn’t look like me at Camp Gilmore.”

She’s now a school principal and wanted to sponsor a child at camp, just as she had been some 40 years ago.

These are the stories Salvation Army camp leaders live to hear—and the ones they worry about missing entirely in the midst of a global pandemic.

Western Territorial statistics recorded 2,020 first-time youth seekers—those who committed their life to Christ—in 2020, down 76 percent from 2019.

“We attribute that huge decrease to camps being closed last year,” said Territorial Commander Commissioner Douglas Riley, who spent 12 summers on staff at camp. “Everybody remembers their time at camp. How many are missing out on those moments that last a lifetime? On the opportunity to share God’s love, but also to receive it?”

And while it may not look like a traditional Salvation Army summer in many places, camp is back on across the West this year.

“It’s painful to go a second summer of nontraditional camp, but circumstances have opened our eyes to a new way of presenting camps in creative ways that we haven’t done before and that could last long beyond this summer,” said Jim Sparks, Territorial Director for Youth Ministries. “We have a model that’s worked, but now this hardship is allowing camps to see the properties in a different way, to see the program in a different way and work through innovative ideas for the summer that will change our camps for the better.”

That was the question posed to a taskforce of 13 representatives from across the territory—including Brown and Sparks—that developed options and guidelines to mitigate COVID-19 risks while still providing camp ministry.

The West’s 12 camps have a few options this summer: residential camp, contingent on state and local guidance; day camp; family camp; virtual camp; and traveling camp—taking the heart and essence of camp to communities.

“For many kids, camp is the first time away from their parents; they learn they can handle stuff. They learn to have fun and, for many kids coming from tough situations, to just be a kid,” Brown said. “They learn new things—to make a lanyard or design a stage. They learn to eat well. And most importantly, they learn that God loves them and they experience love from so many people who are here specifically to care for them.”

This year, for the first time, Brown’s camp staff will take as much as they can about the camp experience to 13 communities across Southern California, from San Luis Obispo to San Diego. A team of six camp staffers will run a one-week day camp at a Salvation Army corps—bringing camp fun and food with them.

“The goal is to make it feel like camp. To make s’mores, because that’s what you do at camp. To create a swimming day with water slides. To bring in nature with an animal farm or rock walls in place of the high ropes course,” Brown said. “We’re doing all we can to bring the essence of camp with us.”

Camp facilities will also welcome families for a weekend experience with food, activities from archery to swimming, and children’s programming provided by camp staff.

“As so many corps haven’t been able to meet in person over this past year, why can’t camp be a catalyst for reconnection?” Brown said of the idea behind offering family camp. “We’ve had to change our thinking and see our options on how to maximize ministry with the opportunities we do have.”

The Intermountain Division is one of three divisions in the West—joining Alaska and Hawaii and Pacific Islands—hosting scaled-back residential camps.

“We’ll be operating at about a third of our capacity with 60 kids per session, limiting cabin sizes to six to eight campers per cabin for eight weeks of camp,” said Mitchell McWilliams, Assistant Camp Director at High Peak Camp and Conference Center in Estes Park, Colorado.

All campers will be from the Denver metro area, within a roughly four-hour drive from camp. Regular wellness checks, hand sanitizing stations and even changing to a new mask three times a day will be part of the new camp schedule.

Staff will then hit the road to visit seven corps in Montana and Wyoming for one-day camp sessions, and backpacking trips will be offered to junior high and high school-age campers in Utah.

“These kids haven’t been in community like they will be at camp for a long time,” McWilliams said. “My hope is that they experience God through creation and through community. Camp is such a formative experience—for campers and staff—and we’re overly excited to get people here.”

While closed to summer camp in 2020, the West’s camps found creative uses for the facilities, hosting beneficiaries of Adult Rehabilitation Centers for service and recreation, for example. And some offered virtual camp programming featuring past camp staff.

This year, Brown said they will again offer a virtual camp option, but one that’s interactive.

“We wanted to do something last year when everything shut down so we held some virtual campfire meetings, but this year kids can sign up for electives that we’re going to teach—cooking, computer coding, drums, arts and crafts—and instead of watching someone talk about it on Zoom, we’re going to send them the materials and connect live over four weeks to engage in that activity together.”

While Brown said a “normal” summer will see roughly 3,000 campers come through the gates of The Salvation Army camps in Southern California, this summer he is expecting around 1,000 kids across the revised camp offerings.

“We can’t do what we would normally want to do and what is normally considered successful for Salvation Army camping, however, we can at least provide some type of ministry opportunity and kind of have that camp feel,” he said. “It feels good that we can actually do ministry and programs again.

“My experiences as a camper still impact me today,” Brown said. “I know camp impacts lives; I know that’s true. But you don’t always get to see that impact until someone writes you a letter.”