Eliza Shirley was introduced to The Salvation Army in 1878 at fifteen years old through a group of women preachers known as Hallelujah Lassies. She was strongly impacted by the mission that she dedicated her life to serving God and became a Salvation Army worker.

After serving in Bishop Aukland, a coal mining village in Northern England for over a year she and her mother Annie Shirley received an invitation from her father Amos Shirley to join him in the United States to continue serving in The Salvation Army. Eliza requested advice from General Booth and though he had concerns about her leaving so young he gave his blessing for her to serve overseas.

Amos, Annie, and Eliza Shirley arrived in Philadelphia, Pennsylvania in 1880. As soon as they landed, they began small meetings. Their open-air meetings concerned angry crowds who detested the Salvationists arrival in their town.  While preaching many would throw stones and rotten vegetables at the Shirley’s. After receiving advice from the mayor, they moved to a piece of land in a remote area of the city to hold future meetings.

Several weeks after this encounter, a fire broke out close to their land, inviting hundreds of people to see the disaster. Bravely the Shirley’s took this opportunity to preach and sing to the crowd. This time there was no violence. After the time of worship, a drunken man named Reddy asked them if God would forgive a drunk man like him. They confirmed he would be forgiven and invited him back to the Salvation Factory to recover from the effects of the alcohol.

In the morning Reddy awoke sober and prayed with the Shirley’s and declared himself to be fully saved. He was The Salvation Army convert in America. After news spread of Reddy’s conversion attendance increased at the meetings.

Unfortunately, due to poor health Eliza returned to England. However, after her recovery she travelled around the country telling stories of her experiences in America. In 1885 she returned to America with her husband Phillip Symmonds, a Salvation Army captain and continued her service in the Salvation Army for the remainder of her life.

By the end of the nineteenth century, 798 corps could be found across twenty-seven states of America. 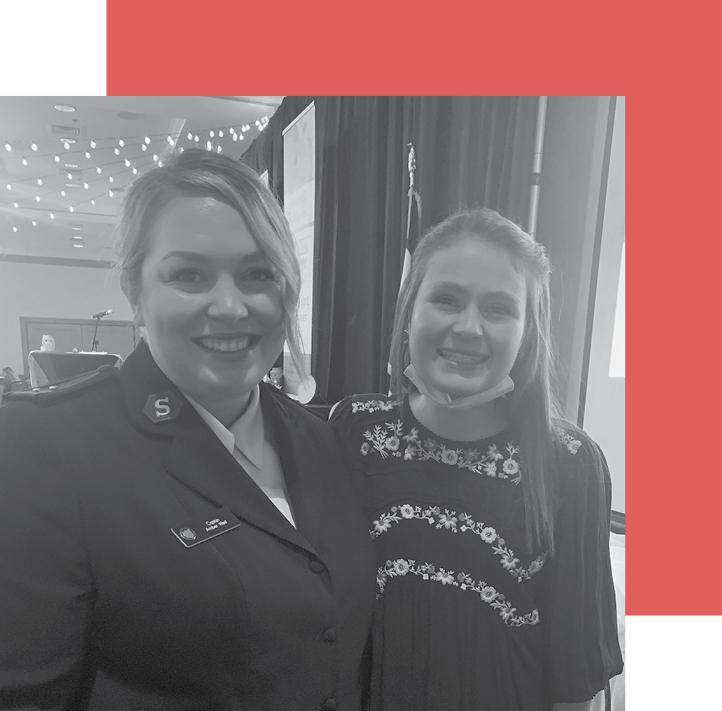 They randomly sat together at a banquet on Wednesday September 16th, 2020 where the Grand Junction Area Realtor Association (GJARA) presented The Salvation Army with a community service award. “We’ve partnered with GJARA for several years with our Angel Tree Program”, explained Capt. West. Last year they provided toys for 500 children in Mesa County. Cassidy Crowell also shared that she has several family members involved in The Salvation Army in the MidWest. What a legacy!