The Salvation Army Alaska’s Second Annual Krugerrand is Found in Another Mat-Su Valley... 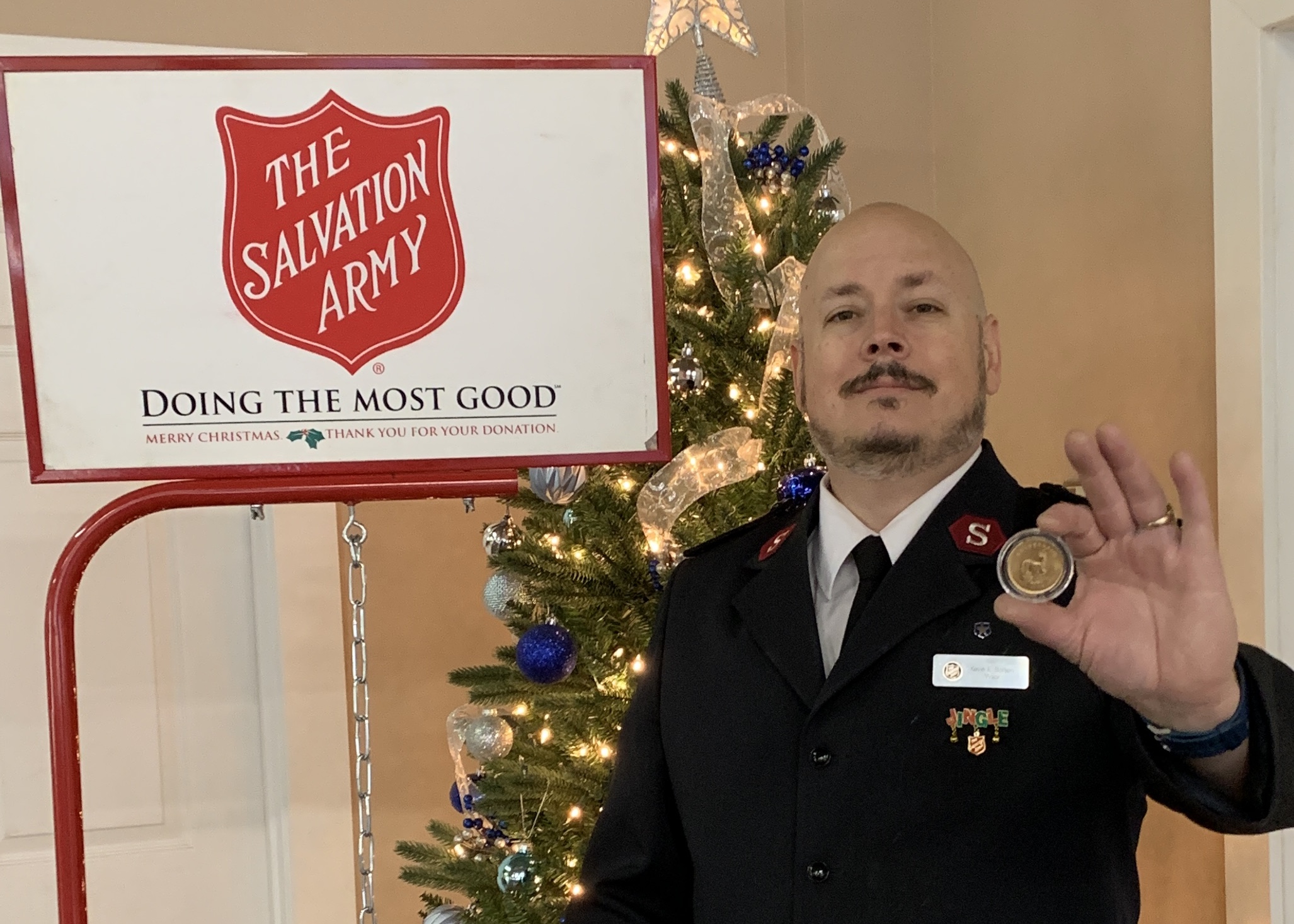 The Salvation Army Mat-Su Valley Corps Community Center kettle counters were surprised this month with their second annual krugerrand find in a kettle! Coincidentally enough, it was found on December 7, the same day a Krugerrand was found last year in a Mat-Su Valley kettle in memory of an individual.

The krugerrand, a one-ounce pure gold South African coin, has significant history with The Salvation Army’s Red Kettle campaign holiday season. Each year, there are just a few gold coins that are found in Red Kettles across the nation. They are often wrapped in a note, a dollar bill or something similar and are most often anonymous donations. Prior to last year’s krugerrand find in the Mat-Su Valley, there had not been a krugerrand donation in Alaska for many years.

In 2011, Major Kevin Bottjen discovered 10 silver bars in a Fairbanks red kettle. “It’s always nice to find something special in a red kettle,” said Major Kevin Bottjen, The Salvation Army Mat-Su Valley Corps Officer. “The value of the gold krugerrand will help hundreds of Alaskans who receive our services, whether it is emergency disaster relief or food from The Salvation Army food pantry.”

If you would like to make your donation to The Salvation Army, red kettles will be collecting until Christmas Eve. We also accept one-time and monthly sustaining donations online at alaska.salvationarmy.org.