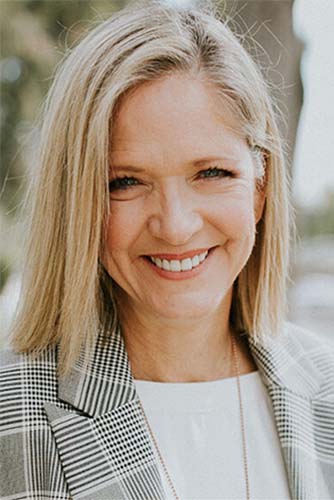 Like most women, Holly wears many hats. Hers include - wife, mom, pastor, teacher, author and cancer survivor. She grew up in Venezuela, Indonesia and England and eventually moved to Los Angeles where she worked as an actress in films and television for over 10 years.

She and her husband Philip are senior founding pastors of Oasis Church– a growing, multi-cultural, multi-generational church they started in 1984 in Los Angeles.

Holly is passionate about seeing the Church be relevant to the culture surrounding it, and to see women become who God has designed them to become. She is the founder of She Rises and has hosted an annual conference which has been held at the iconic Dolby Theatre in Hollywood drawing women from around the country.

She travels all over the world teaching at conferences. She has written several books, using her humorous yet challenging style to encourage readers. Her newest is Find Your Brave, an honest look about navigating storms, and has been an encouragement to the thousands who have read it.

Holly has been featured on many TV shows including Dick Clark’s The Other Half, Berman and Berman, the 700 Club, The View, and is currently one of the hosts of TBN’s Better Together. Holly speaks at churches and conferences all over the world, and loves living out the adventure God has given her!